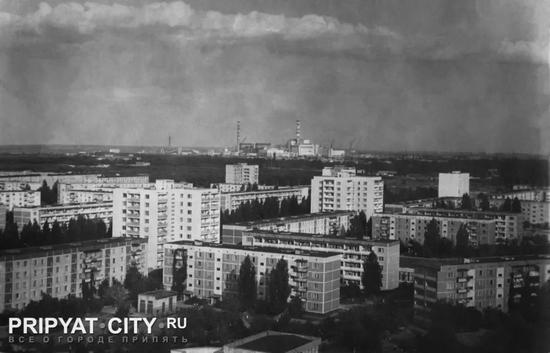 ▲ pripyji city before the accident

the Chernobyl reactor is a RBMK type reactor with uranium -235 as its raw material, which is the main power supply source in pripiad. A nuclear reactor is a device that can produce a self-sustaining chain fission reaction in a controlled manner. A nuclear chain reaction is a nuclear fission caused by the impact of neutrons on the nucleus. Energy is released during the fission process and new neutrons are generated at the same time, the newly generated neutrons cause new nuclear fission, the fission reaction continues continuously, and the process of continuously generating new energy. 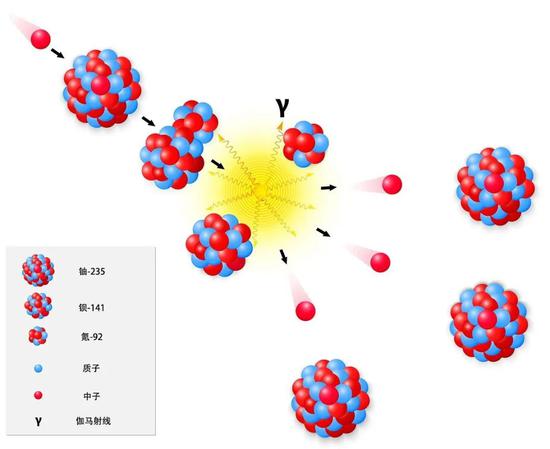 in nuclear fission products, xenon -135 has a large thermal neutron absorption cross section and plays an important role. Uranium -235 can generate xenon -135 after fission, of which xenon -135 absorbs a neutron and becomes xenon -136.

At that time, four 1000 MW RBMK reactors were in operation at Chernobyl and two more were being built nearby. RBMK reactor is essentially a large hot water device. 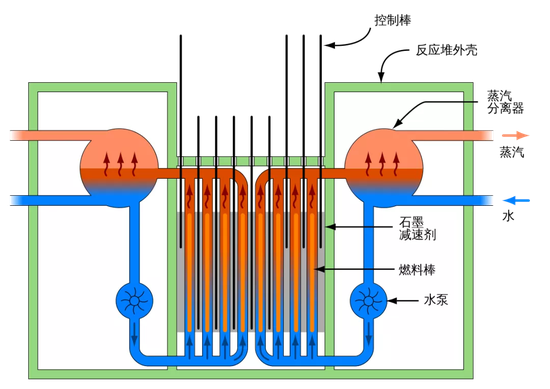 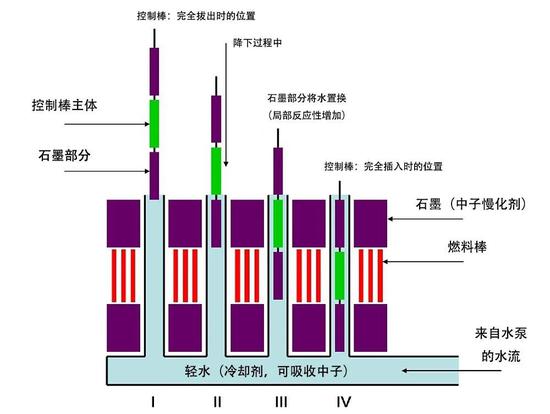 ▲ this is a control rod structure. The green part is boron, which has strong absorption effect on neutrons, and the purple part is graphite, which can slow neutrons and make neutrons more easily captured. 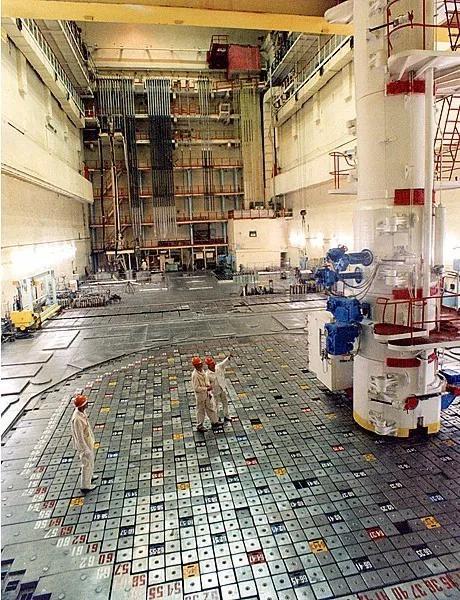 RBMK reactor has the following characteristics:

①Rbmk reactor has positive cavitation coefficient. That is, the cooling water will be heated into water vapor, the ability to absorb neutrons will be weakened, the nuclear reaction rate will be increased, the temperature will be higher, and more water vapor will be generated.

(2) the reactor has a negative temperature coefficient. With the continuous rise of temperature, the reaction rate will decrease.

(4) the very low insertion speed of control rods (0.4 m/s) makes it difficult for the emergency shutdown system to track fast transients. Therefore, the operation rules require a certain number (30) in the reactor at all times. The control rods are inserted to a certain depth, and the pile should be stopped immediately when the pile is less than 15 control rods;

⑤ the nuclear power plant has no containment.

Unlike ordinary water heaters, Chernobyl uses a very powerful energy source-nuclear energy. In the documentary “rescue Chernobyl”, Gorbachev said: “The information we got said that everything is normal, including the reactor. I asked academician Alexander Zhuo, who told me that the reactor was absolutely safe and could even be installed in Red Square. The process is no different from cooking tea, just like putting a teapot in Red Square.” 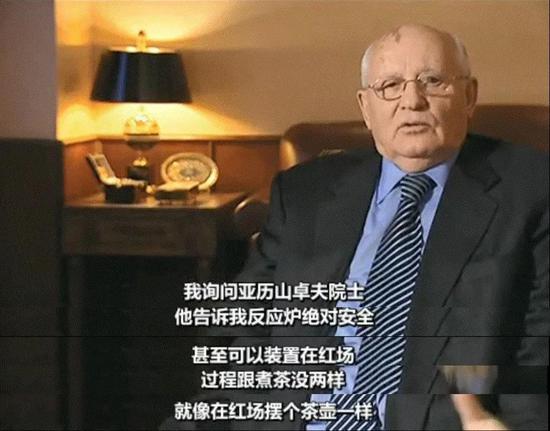 but why does a safe water heater explode?

According to information, Chernobyl was preparing its fourth inertia test before the explosion. The inertia test is to detect whether the nuclear power plant can rely on the inertia of the steam turbine to maintain the water supply of the water pump until the standby generator is completely started. On April 25, the reaction power of the Chernobyl reactor was reduced from 3200MW to 1600MW. When they were preparing to further reduce to the 700MW required for the experiment, Kiev power grid officials said that in order to ensure the power supply demand at the peak of electricity consumption, the output power of the nuclear power plant could not be further reduced, and the Test was delayed for 10 hours. 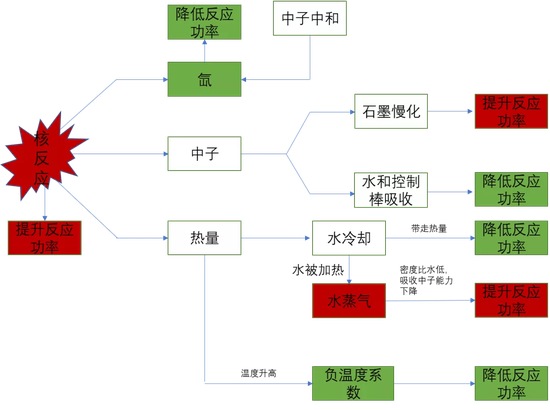 2. Kiev power grid officials told them that the test time would be delayed by 10 hours to meet the peak demand for electricity. In these 10 hours, the reactor operated at half power of 1600MW. At this time, the first reaction equilibrium point is broken, the reactor cannot produce enough neutrons to offset the influence of xenon -135 at half power, and the balance between xenon -135 and neutrons is broken, the more xenon -135 accumulates, the more effective neutralization cannot be obtained, and the balance of reaction begins to tilt towards the decrease of rate.

4. In order to gain more control power, the operator turns off the automatic control system, the control rod no longer adjusts itself, and the reaction rate is further reduced to 30MW. At this time, the reactor has been poisoned by xenon -135, the correct operation should stop the test and slowly increase the power within 24 hours, but the operator still insists on continuing the test.

6. In order to improve the reaction power, the operator starts to draw out the control rods. According to the data, the operator finally pulled out almost all the control rods, leaving only 6-8 in the reactor, it seriously violated the operation requirements of RBMK reactor. At this time, due to the low temperature of the reactor, the negative temperature coefficient did not work, and the reaction rate was reduced. The camp lost two yuan, only water and xenon -135 continued to fight.

7. Although the control rod was almost completely extracted, the power was still only about 200MW. The operator decided to start the test and the water pump stopped delivering water. At this time, the reaction power increased and the Jedi started to fight back. Without the two SEALs of control rods and cooling water, the reactor core firepower was fully open and the reactor power surged.

8. The surge of reaction power causes the temperature to rise instantly, and the residual water begins to change into water vapor. The water vapor rejoins the battle, but there is no new water, at this time, there is only one soldier in the camp with reduced reaction rate. Xenon -135 and xenon -135 are converted into xenon -136 by newly generated neutrons. Now it is the turn of the camp with reduced reaction rate to be completely annihilated.

9. The reactor is almost no longer bound by any constraints, showing its real power and its output power surge.

10. The operator presses the AZ-5 (emergency stop) and the control rods are all inserted back, but the tip of the control rod is Graphite. Graphite does not reduce the reaction rate, but increases.

12. The reactor exploded and the final reading was 33000MW, more than ten times the rated power.

13. Before it was over, the lid of the reactor was blasted and the oxygen poured in, which put a final stop to the tragedy. The combination of oxygen and overheated graphite triggered a second more violent explosion. 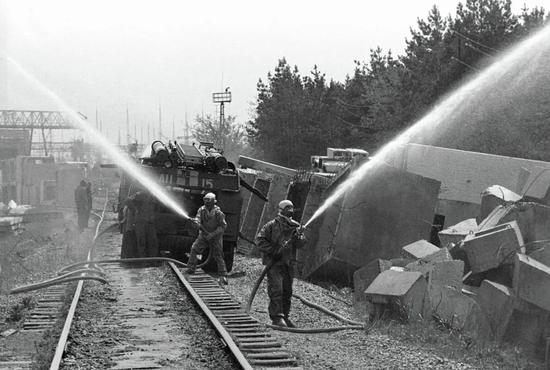 ▲ firefighters are putting out the fire around Unit 3 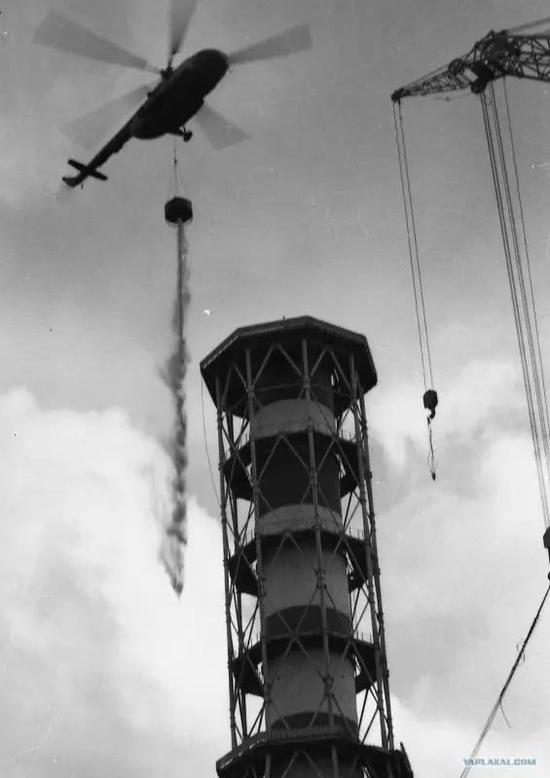 ▲ the pilot put sand mixed with boric acid into the reactor to put out the fire. 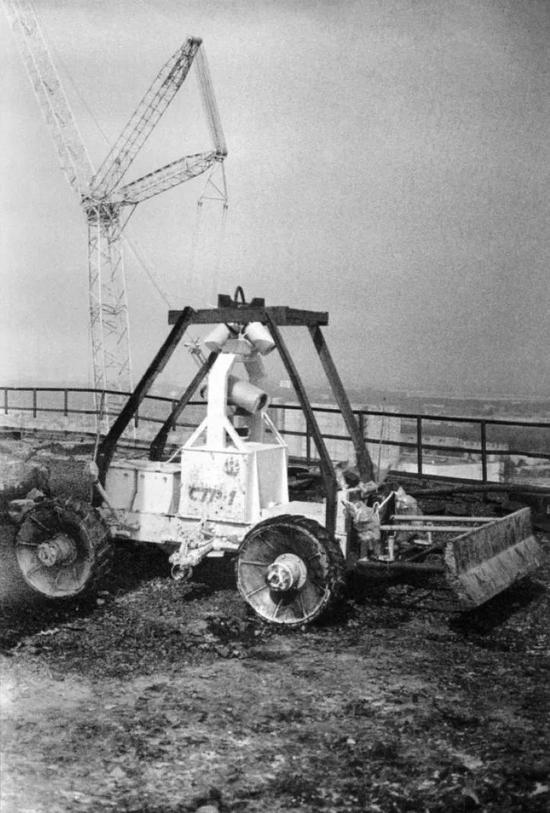 ▲ try to use robots to clean up in areas with extremely high radiation, but the robot’s circuit cannot withstand such high intensity of radiation. 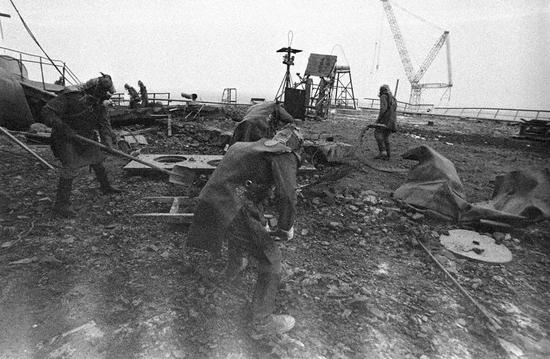 ▲ clean up the graphite on the roof of the reactor. Each person can only work for 40-60 seconds. 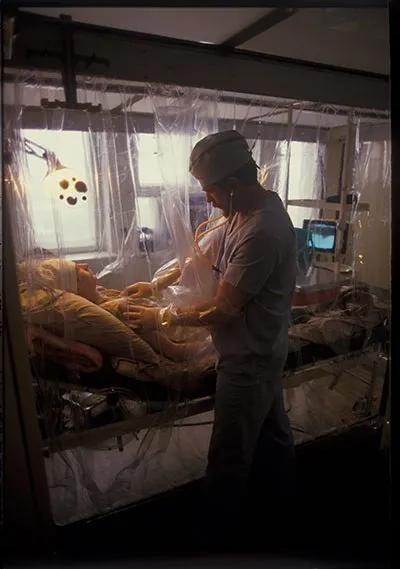 ▲ immediately after the accident, 203 people were immediately taken to hospital for treatment, 31 of whom died, 28 of whom died of excessive radiation. Most of the people who died were firefighters and rescuers. On September 2005, the United Nations, the International Atomic Energy Agency, the World Health Organization, the United Nations Development Programme, the governments of Ukraine and Belarus, as well as other United Nations groups such as the Chernobyl Forum, we worked together to complete an overall report on the nuclear accident. The report pointed out that the death toll of the incident could reach 4000, including 47 disaster relief workers who died of nuclear radiation and nine children who died of thyroid cancer. 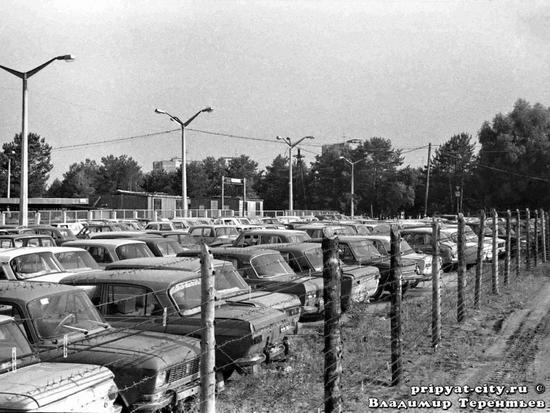 ▲ radiation contaminated cars parked on the edge of the city 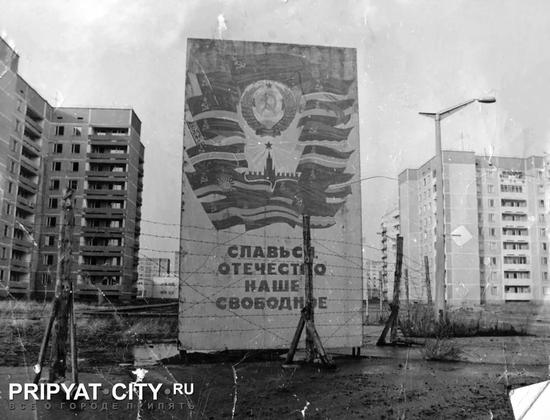 ▲ after the accident, 135,000 people evacuated their homes, of whom about 50,000 were residents living in pripyaty city near Chernobyl. 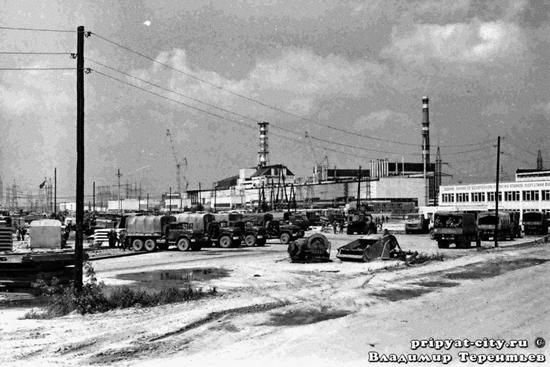 ▲ a large-scale clean-up operation has been carried out in the Chernobyl area, involving thousands of people.

▲ the swimming pool is still open to relieve the pressure for the cleaning staff. 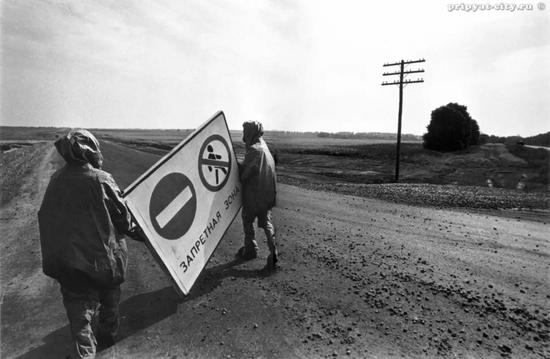 ▲ although it is impossible to compare the accident with a nuclear explosion with a strict air burst, it is still estimated that 400 times more radioactive substances were released from Chernobyl than from the atomic bombings of Hiroshima and Nagasaki. About 100,000 square kilometers of land was seriously polluted by fallout, and the worst affected areas were Belarus, Ukraine and Russia. With the exception of the Iberian Peninsula, lower pollution levels have been detected throughout Europe. 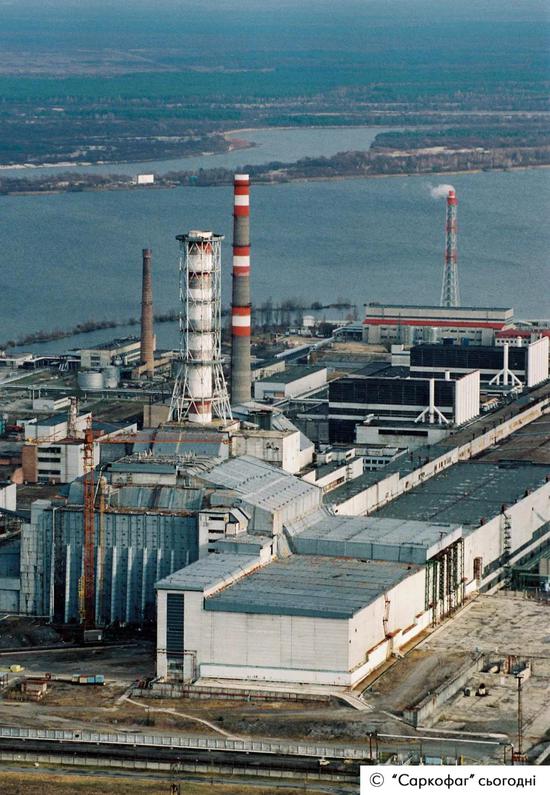 ▲ using more than 400,000 cubic meters of concrete and 7300 tons of steel, a giant sarcophagus was built, from which Unit 4 was sealed and completed by the end of November 1986. 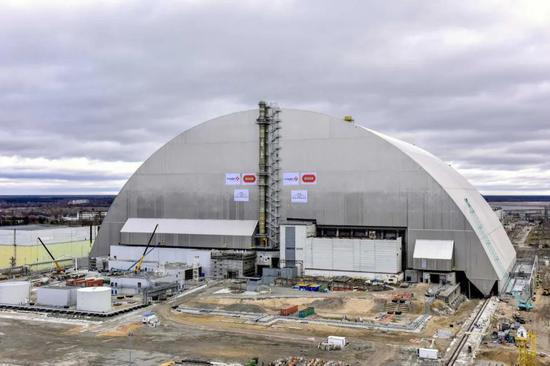 ▲ on 1997, an alternative plan funded by 46 countries and organizations, the new security Confinement (NSC), was implemented at a cost of 1.5 billion US dollars (about 11 billion RMB), the construction of a new sarcophagus for Chernobyl Unit 4 was completed in 2011.